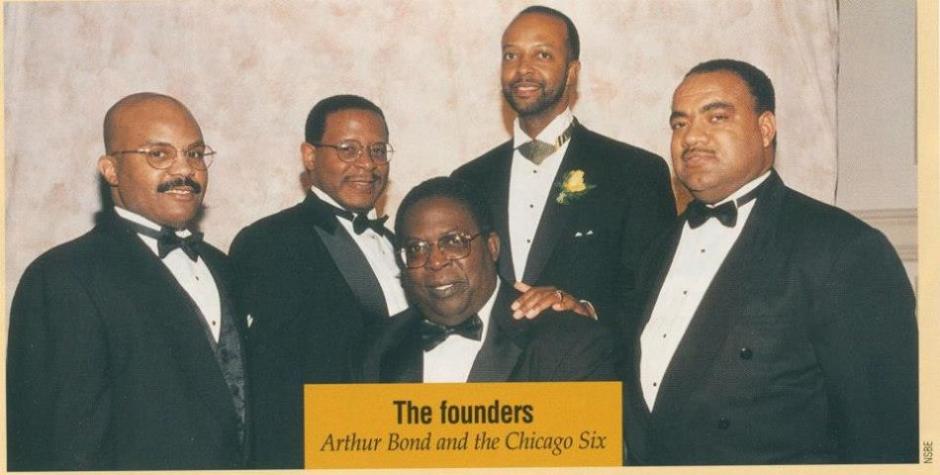 Anthony "Tony" Harris is president and CEO of Campbell/Harris Security Equipment Company (CSECO), a manufacturer of contraband, explosives, and “dirty bomb” detection equipment. Primary customers include the US State Department, the Department of Homeland Security, and the US Customs and Border Patrol. CSECO products are also used by domestic and international law enforcement agencies. Prior to acquiring CSECO Mr. Harris was vice president of marketing for Calpine Corporation headquartered in San Jose, California. There he was responsible for brand management, marketing strategy development and execution, new product development, advertising and sales training. Before Calpine , Mr. Harris was vice president of National Account Services and Western Region sales at PG&E Energy Services in San Francisco. He has also been vice president of marketing and sales for Pacific Gas & Electric Company, and president of Standard Pacific Gas Line, Inc.

CSECO is not Mr. Harris’ first encounter with entrepreneurship. He has been president and CEO of a Silicon Valley start-up venture, StyleChoice.com and has also been president and CEO of Sonoma Ford/Lincoln Mercury. Mr. Harris is the founder of the National Society of Black Engineers and currently serves as Chair of its National Advisory Board. He is a member of the Executive Leadership Council, and serves on the board of directors of the Oakland Museum of California, and the advisory board of One California Bank. He earned his BS in mechanical engineering from Purdue in 1975 and an MBA from the Harvard Graduate School of Business in 1979. He was named a Purdue Outstanding Mechanical Engineer in 1999. On February 22, 2008 Tony was awarded the distinction of Distinguished Engineering Alumnus by Purdue University.
Brian Harris began his professional career in 1975 with Amoco Chemicals Corporation as a project engineer for the engineering group. Following project assignments in Houston, he was reassigned to the corporate headquarters in Chicago, joining the sales department as the Midwest regional sales representative. After five years with Amoco, Harris established his own firm specializing in general construction. He is currently a general partner in Progressive Development & Associates, a construction management firm and owner of a commercial and residential painting company.

Harris, a native of Chicago is married and resides in Evanston, Illinois. The great sense of pride Harris feels being one of the catalysts of NSBE is surpassed only by the tremendous growth NSBE has realized. Harris earned a B.S. in Interdisciplinary Engineering from Purdue University.
Edward A. Coleman is the Vice President of Community Economic Development for Bethel New Life.
Ed Coleman joined Bethel New Life in January 2012, and assumed a responsibility to drive economic development strategies and implementation activities for the local community.
Ed brings more than 30 years of experience leading initiatives in large and small corporate environments, as an entrepreneur, in government agencies, as an educator in higher education institutions, and in nonprofits.  Among his most recent previous engagements were as Interim Executive Director with HOPE Fair Housing Center where he achieved significant operational and financial enhancements, as manager of the highly successful 2010 DuPage County Census Bureau Field Operations, and as owner and CEO of a telecommunications solutions business.  Ed’s company, EAC Enterprises, Inc. sold wireless telecommunications solutions provisioned from Verizon Wireless, AT&T, and others.  He previously served as VP of Business Development for another startup, Idetic, Inc., establishing software supplier relationships with various telecommunications service providers.
Ed holds a Masters degree in Business Administration from DePaul University, and a Bachelors Degree in Mechanical Engineering from Purdue University.  While at Purdue, Ed was one of six students that led the founding of the National Society of Black Engineers.  Among Ed’s honors is a Lifetime Achievement Award from the Aurora, Illinois Chamber of Commerce.  He is currently a member of the Board of Directors for the Joliet Diocese Catholic Charities and AALR.  He has been in leadership roles on the Boards of HOPE Fair Housing Center, the City of Naperville Fair Housing Commission, and the Purdue University Black Alumni Association.
Ed has always felt an obligation to make contributions that have a positive impact on society, and believes that his role with Bethel helps him fulfill this aspiration.
​
​Stanley L. Kirtley was vice president of Client Community relations for ASC Services Company, L.L.C. in Chicago. His responsibilities included business development corporate communications, marketing and public relations. ASC is a $160M architectural/engineering design and construction management firm. ASC manages Ameritech’s construction program. Previously, Kirtley held various assignments in real estate, design and construction, and purchasing at Ameritech. He also worked at Ford and Procter and Gamble.

He was a member of the International Facilities Management Association and was on the Board of Directors for the American Kidney Fund in Washington, D.C. He was also active as a board member of the Calvary Baptist Church of Glenwood, was an advisory board member for the School of Civil Engineering at Purdue, in addition to serving as a member of the Industrial Advisory Board for the Purdue Chapter of NSBE. Kirtley is also a member of Kappa Alpha Psi Fraternity, Inc. Kirtley earned a B.S. in Civil Engineering from Purdue and a MBA with Distinction in Marketing from Keller Graduate School of Management.
Upon graduating from Purdue, George A. Smith joined General Electric as a Process Control Engineer. In 1978, he moved to Hewlett Packard and launched a successful career as a Field Sales Engineer. By 1985, he had won many awards and was promoted to District Sales Manager. Smith earned the HP President’s Club Award, the highest recognition offered at HP. The award was presented to Smith personally by HP founders Bill Hewlett and Dave Packard.

In 1992, Smith fulfilled a lifelong dream and started his own business, the Sales Process Consulting Company. His firm studies the best business practices from Fortune 500 company sales forces, analyzes opportunities to apply information technology and conducts process analysis training workshops. Smith is most proud of the two groundbreaking business improvement books he authored, Sales Productivity Measurement and The Sales Quality Audit. Both are published by the American Society of Quality. Smith received a B.S. in electrical engineering from Purdue.
​
John Logan graduated from Purdue University with a B.S. in Civil Engineering in 1975. Logan was vice president at the 1st National Convention. He was killed in an industrial accident at Amoco Oil Refinery in Houston in 1986. Until his untimely death, Logan continued his affiliation with NSBE by participating in national conferences and working diligently to assist Amoco’s minority engineering recruitment efforts.

Purdue University’s Minority Engineering Program and The Amoco Foundation established the John Logan Memorial Scholarship fund in his honor. His wife Marilyn, son John Wesley Logan, III, mother Martha and his sister Etelka, survive him.
​
Dr. Arthur Bond joined Alabama A&M as Dean of Engineering and Technology in August 1992 after having served as professor and head of the Electrical Engineering Department at Tuskegee University since 1989. While at Tuskegee, he was a member of SYTHESIS Coalition of eight engineering schools sharing a $15.3 million National Science Foundation. Dr. Bond is a tireless advocate for quality engineering education for minorities. As a result of his efforts, AAMU is the only university in the country to have a directed verdict that ordered new engineering programs. The verdict came out of a long running desegregation lawsuit against the State of Alabama. In May 1999, AAMU graduated its first class from the Electrical and Mechanical Engineering programs.
​
Prior to Tuskegee, Dr. Bond worked in commercial industry for AlliedSignal, Hughes, TRW and Union Carbide in capacities ranging from electronics research technician to research and development engineer. Dr. Bond received his B.S., M.S., and Ph.D. in Electrical Engineering from Purdue University. He is the recipient of the ASEE Vincent Bendix Award, the NACME Reginald H. Jones Award and the Huntsville Association of Technical Societies as AAMU’s Professor of the Year. He is married to Carolyn Duvall.